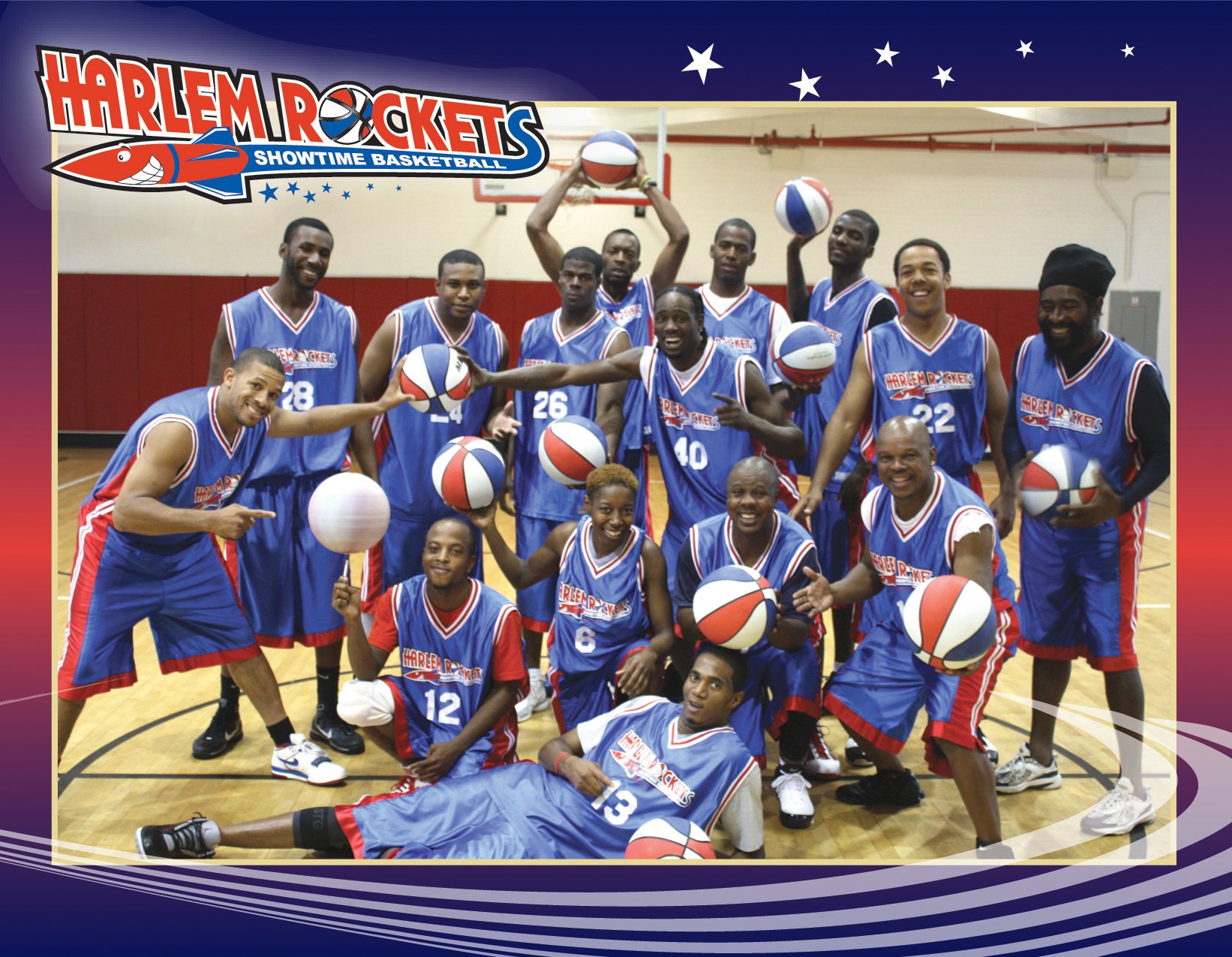 The Harlem Rockets Comedy Basketball Team are Coming to Danville VT ! Danville School ‘Be the Change’ club will be hosting some very special guests at 6:30pm on May 31st in the Danville school gym. The Harlem Rockets, a talented group of basketball entertainers who combine incredible showtime basketball skills and family-friendly comedy will face the Danville Dream Team in a game benefiting the Be the Change club, which is a student empowerment group focused on promoting a positive school culture at Danville. Having played over 2500 games in 16 years without a single defeat, the Harlem Rockets offer something for everyone to enjoy. Sports enthusiasts will be intrigued by the athleticism and size of the Rockets. Basketball aficionados will be dazzled by the long range accuracy of “General Electric” Junie Sanders. Satiated by the extraordinary tricks and ball-handling skills of Solomom Bamira a former Harlem Globetrotter. The building will be rocking with the thunderous dunks of the high-flying “Jet Blue” Cliff Malone…….. And since this is comedy basketball, the Harlem Rockets present to you the All Time Funny Man and one of Show Basketball’s Greats……. James “Speedy “Williams, who was featured in the movie, “Above The Rim” starring Tupac Shakur and Duane Martin. Speedy was also one of the “Original Nike Free-Style Ballers in Nike Commercial. And, Speedy performed live at the MTV Music Awards while Jay Z did his thing. Better known as The “Crowned Prince Of Laughs”. The Harlem Rockets incorporate the audience, especially children, into the show and are always available to meet the fans and give autographs at halftime and after the game.

Tickets for what promises to be a fun-filled evening for the community are available at Danville School, by contacting Adrianna Watrobski (Adrianna.watrobski@ccsuvt.net) or at the door.

30Aug
Club Sign up!
08Feb
Do you like out door activities including hunting and fishing? Click here to find out more.
04Apr
Volleyball Tournament!
Comments
I BUILT MY SITE FOR FREE USING